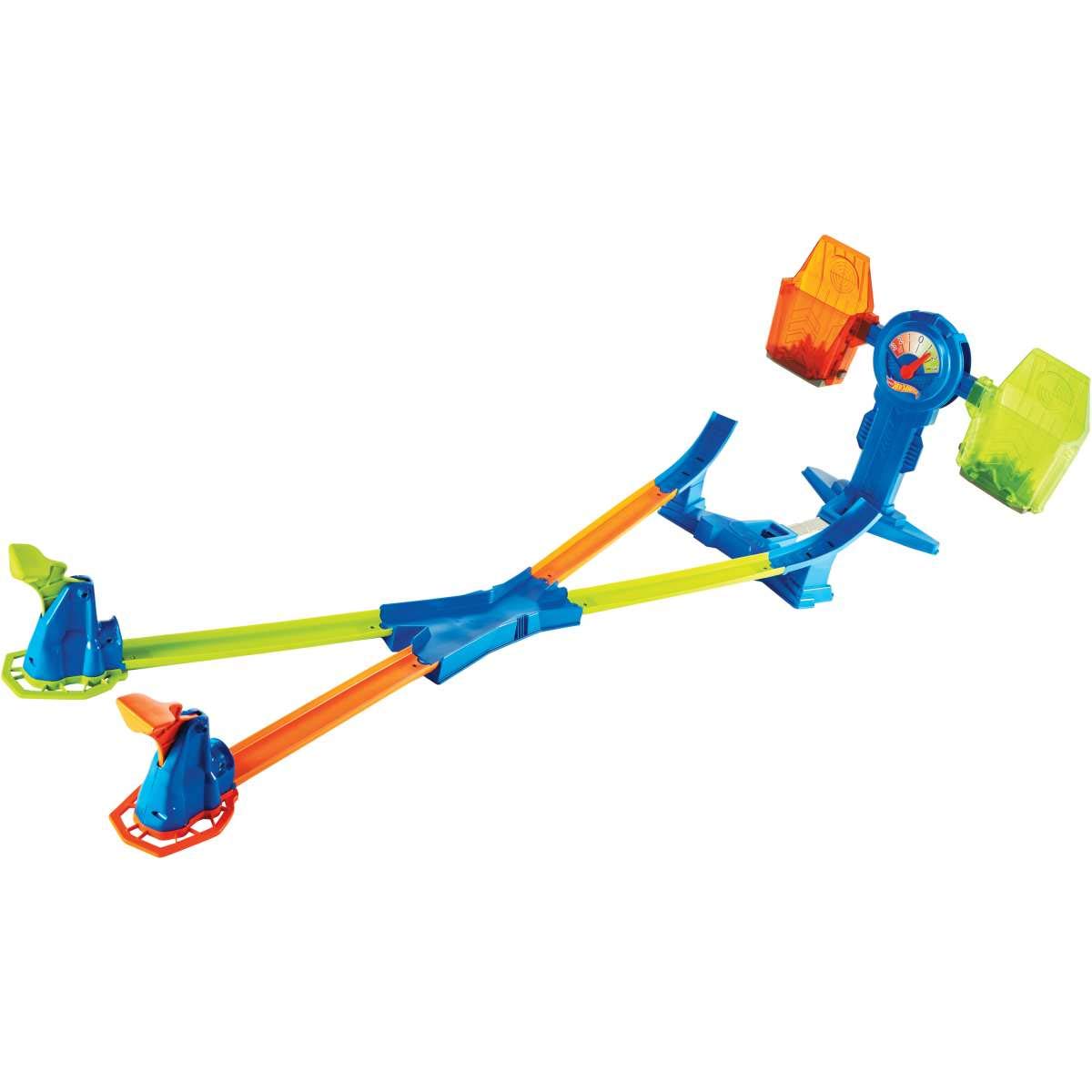 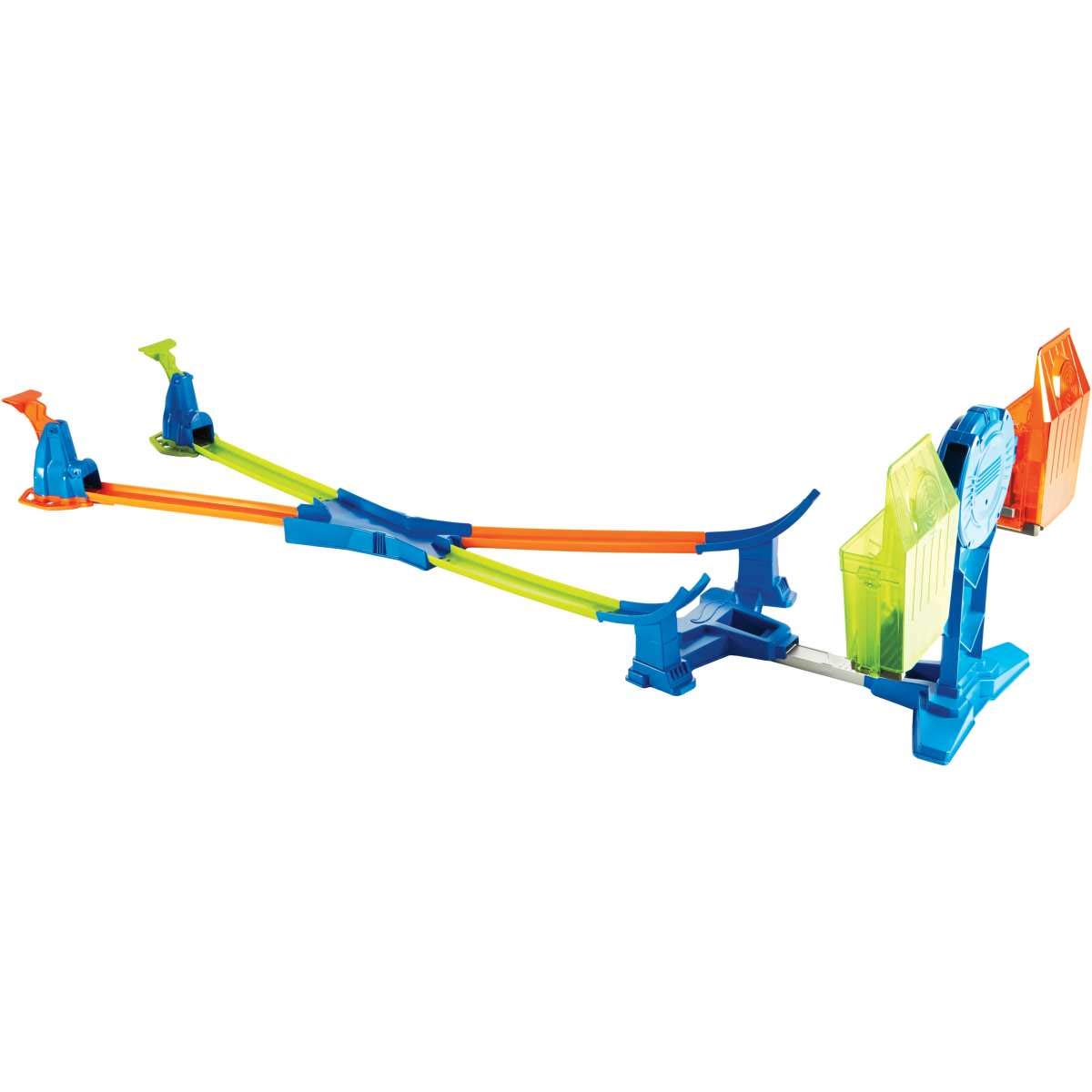 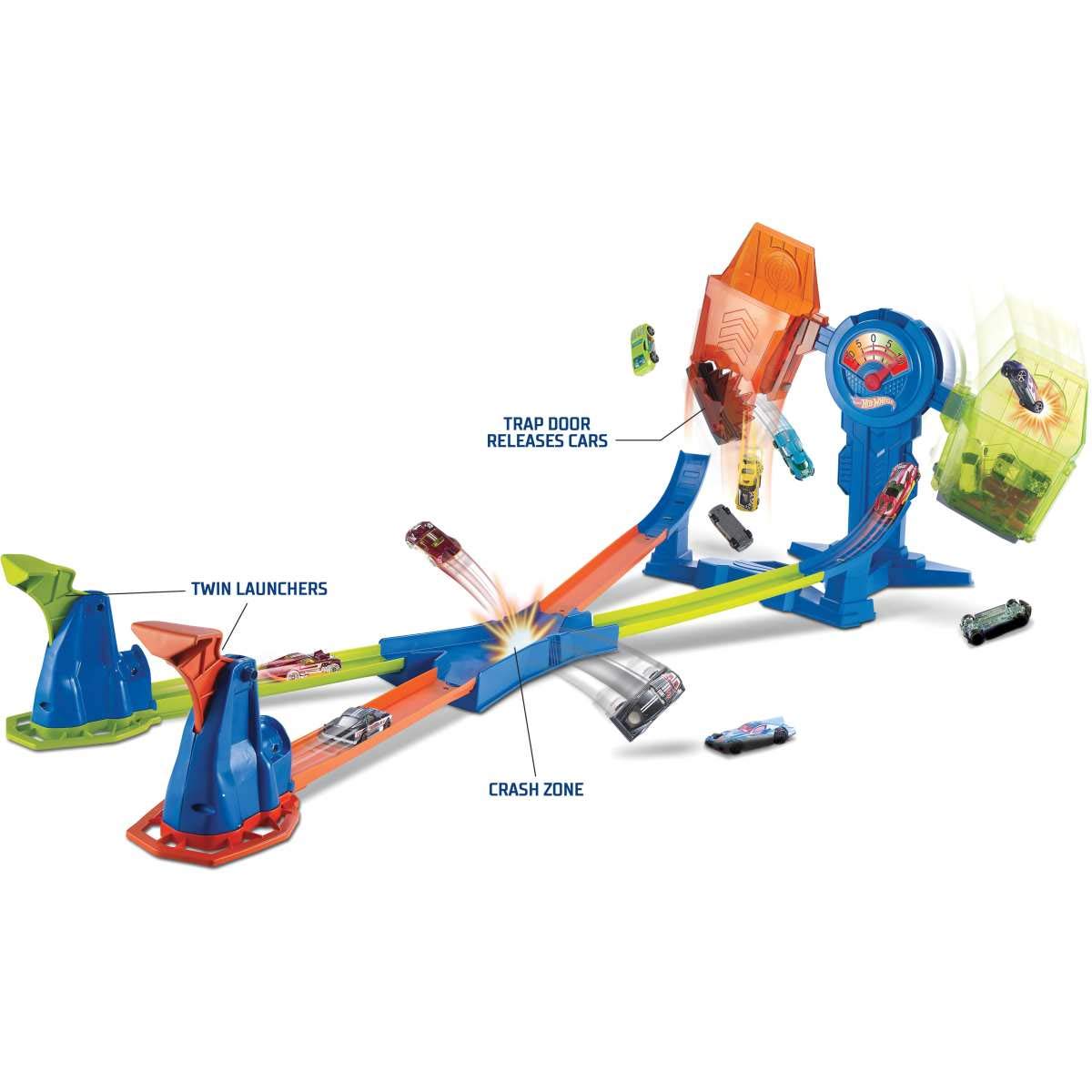 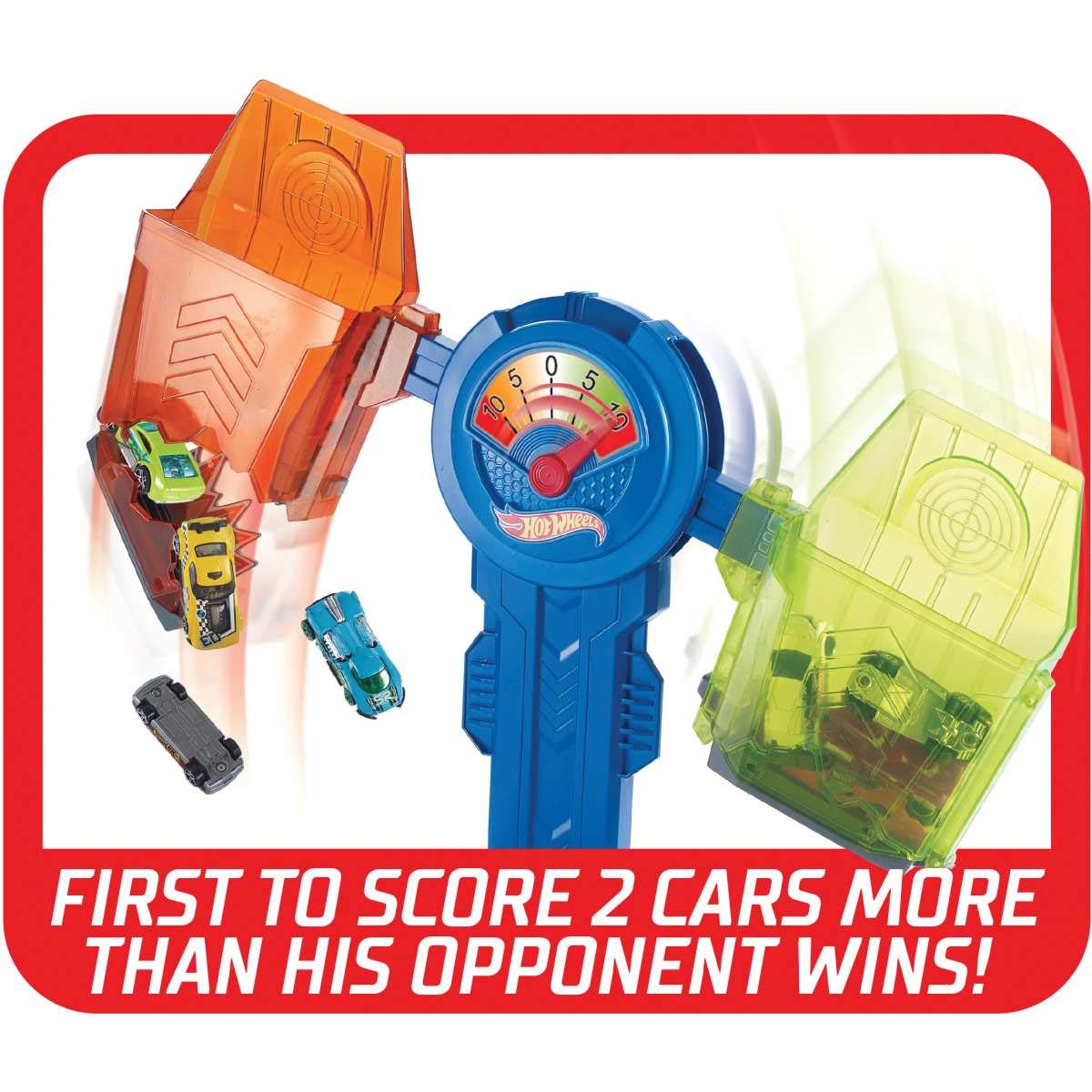 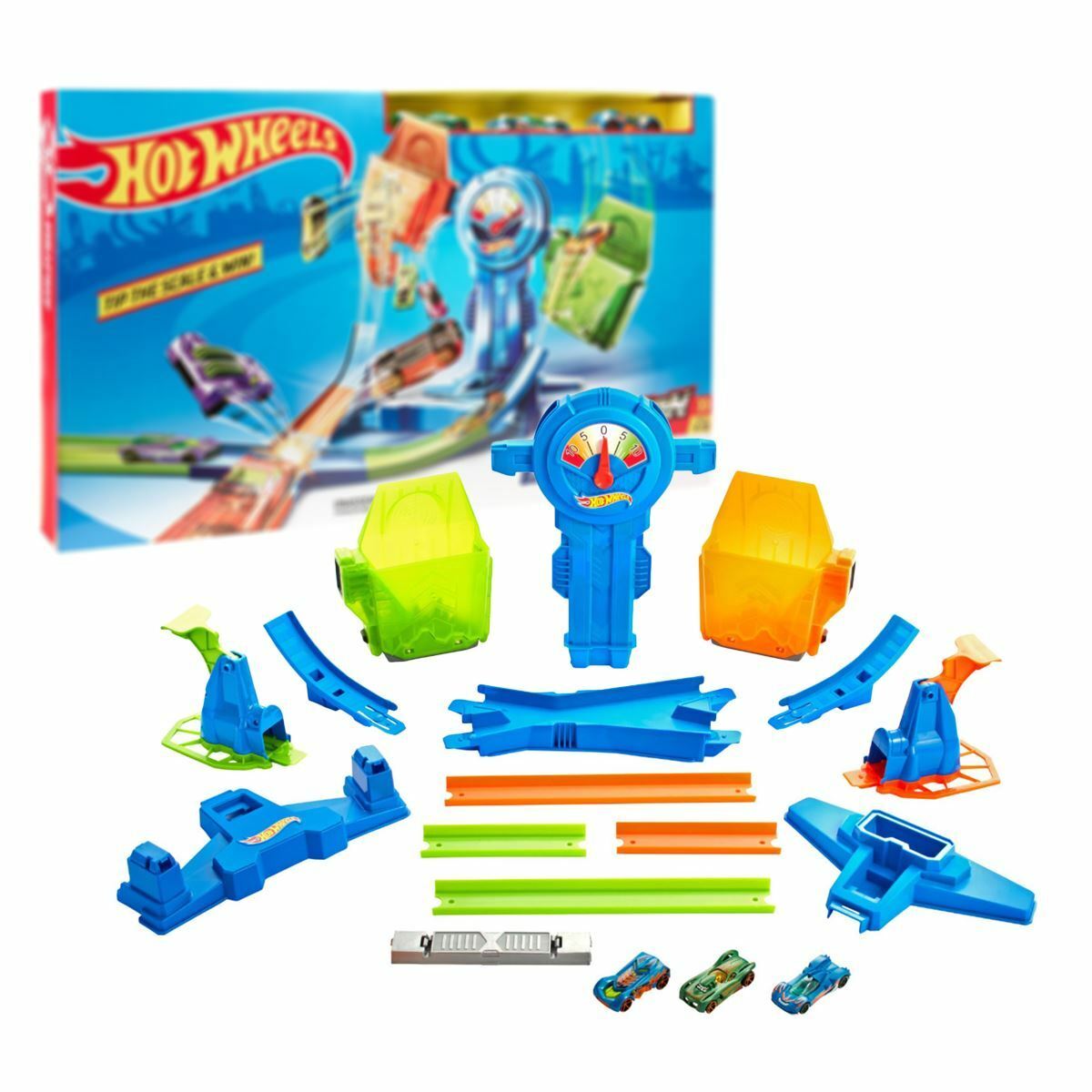 This skill-based track set is the essence of gameplay and competition with moving buckets to change it up and an exciting payoff moment. Battle your opponent and spill his cars! Load cars into the slam launcher and launch cars at targets on the buckets. In Battle Mode try crashing into your opponent on the crossover crash zone on the track. Hit the target, and a car drops into the bucket. The first player to score 3 more cars in the bucket than his opponent wins! When playing in single player mode see how quickly you can land 3 cars in the bucket! When you win, the losing side bucket opens to send all your opponent's cars crashing out. Quick and easy reset to play again!